- May 23, 2018
With trepidation I switched on TV program 'The Interview,' hosted by Andrew Denton. Although usually a fan of Andrew Denton, I feared a little for his guest: Charlie Goldsmith, healer. 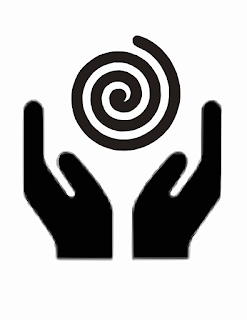 As I watched the healer being questioned in Denton's chair, I couldn't help recalling images of sacrificial lambs and public crucifixions. I squirmed towards the remote control repeatedly, ready to flee a 'roasting.' With cynicism I assumed the healer was being interviewed, not to assist in the wellbeing of the human race, but for the entertainment of people who believe only in what they can see.

Fresh faced and golden, like his name, Charlie Goldsmith engaged the sceptical interviewer in an energy sensitivity test. It was a technique used by many teachers and students of psychic development, including myself. Of course Denton was unable to feel the energy that Goldsmith delivered to his outstretched hand. The healer was unsurprised, as negative biases toward all things spiritual are common. However, it was Andrew Denton's job at that time to be a sceptical journalist, and to ask the questions viewers wanted answered. But intent affects outcome. Spiritual healers know this. So we're aware that an attitude of scepticism is enough to dull our senses toward more subtle energies such as electromagnetic fields. So the exercise was lost on Denton. I believe many of his viewers however, would have the sensitivity required to sense Goldsmith's electrical healing energy.

During clinical trials for medical treatments, a control group of participants are given fake treatments known as placebos. None of the participants of such trials know whether they are receiving the real treatment or the placebo. Some members of the control group experience similar benefits to the group receiving genuine treatment. This kind of 'healing by belief' has been named the placebo effect. Andrew Denton frequently questioned Charlie Goldsmith about the possibility of the placebo effect influencing the outcome of his successful healings. The young healer brilliantly answered 'So what?!'

I agree whole-heartedly—so what. If a healing takes place and benefit is experienced by the person healed, then isn't it a successful outcome? Couldn't such a placebo effect be just as accurately described as 'self-healed?'

Trained spiritual healers learn that they are channelling healing energy from the universe. It isn't personal. It only becomes personal through the power of our intent to heal someone. That intent empowers the client's own healing instinct. When a healer attunes to their client, they are a catalyst for the client's own innate connection to this eternal, invisible, healing force.

Energy healing is based on the idea that we all emanate from the same energetic substance, eternally connected. It is known by countless names in every language. I like the term used by practitioners of the Reiki system of energy healing: the universal life force.

This invisible force is available to anyone sensitive enough to perceive it. I have come to describe this energy in my book as The Love of the Universe. Imagine, an ideal mother's love, warm and enveloping—and you can begin attuning to the love of the universe.

I believe spiritual healing is the missing link in mainstream health-care. Ancient alchemical teachings (on which religion, science and spirituality are based) reveal that the pure intent of the healer or alchemist is an essential part of the process.

So after watching the entire interview I was pleased to see the missing link in health-care being showcased on a mainstream commercial TV channel. Personally, it inspires hope that energy healers will come to work along-side other medical practitioners. They're working with powerful energy that many people lack—that of love.

Leanne Margaret © 2018
Learn how to heal yourself with meditation.