Showing posts from February, 2019
Show All

The Sun from The Mythic Tarot Have you ever drawn a blank when it comes to reading the Major Arcana of the Tarot? Would you like to connect with their meaning in a way that doesn't rely on your memory? Forget Memory! This article outlines a step by step method to help you gain access to the wisdom of the Tarot, minus busting the mood by shuffling through books. If you're new to using Tarot, the Major Arcana are the cards that are usually marked 0 - 21. (Except the Mythic Tarot, pictured. You can recognise those by their lack of numbering.) The Major Arcana cards begin with The Fool and end with The World. They are distinct from the suit cards that are numbered Ace - Ten in each minor arcana set of Wands, Pentacles, Cups, and Swords. Other variations include Staves, Rods, Knives, Chalices, Coins, etc. depending on which deck you choose. The Major Arcana represent overarching archetypal stories playing out in our lives. In other words, if the minor arcana is the stor
9 comments
Read more

Why it Helps to Release Perfectionism and Embrace Being: Good Enough. 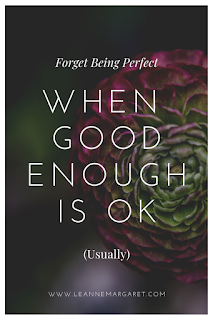 Sharing The Love of the Universe In our fast paced world, people are becoming increasingly stressed, overwhelmed and multitasked. Attention can be pulled in so many directions that it's hard to be fully present for anything. Distraction is at an all time high. Many people are also suffering stress related issues such as insomnia, cravings, racing thoughts and even burnout. The most balanced person can become overstimulated at the hectic pace. How can we keep up with everything and stay sane? A long time ago, I learned two words with the power to ease the internal pressure. Two words that allowed me to let go of perfectionism and fear of failure. Two words to remind me that, 'to err is human.' Good Enough Those two words were: Good enough. At the time I was a new mum, trying to be perfect, and failing because babies are inherently imperfect and don't know when to sleep. But we made it. Her survival to adulthood and ability to happily lead her own life show
Post a Comment
Read more
More posts