Cutting the Ties That Bind - And What if They Won't Release? 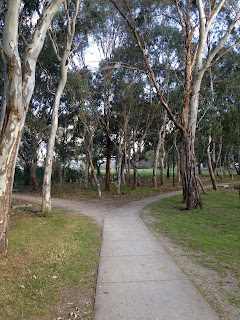 A Ghost from the Past

I was walking home and decided to take the scenic route via the lake. My decision placed me on a pathway I wouldn't have chosen had I known my ex would be on it. He pretended to be on the phone, but I know he saw me. Although I only saw him at the last minute we almost brushed shoulders as we silently passed. I was pleased with myself for not speaking, the emotional ties, finally having released me. But after performing various tie cutting exercises, why was he still appearing on the path at the same time as me? Coincidence? Not in my world.

During the course of a relationship we develop many ties with someone. Those ties range in strength from the life-long ties created by sharing children to the more transient ties of shared property and shared friends. When performing a tie cutting ceremony it's important to consider the secondary ties also connecting us to someone with whom we have a major tie.

In my case I had released the man, but not the money I believe he owes me, creating a secondary tie. Therefore I haven't thoroughly cut my ties with him. My subconscious may continue to prompt me into making decisions that cause us to cross paths. That is unless I am willing to release the debt.

If it is impossible to cut all physical ties with someone you can practise cutting emotional ties. That way some of the emotional energy of the situation can be released, even if you can't totally remove them from your life.

Find a quiet space where you won't be disturbed. This doesn't need to take long, but interruptions will disperse the energy, so prepare your space and time well.

Sitting quietly, closing your eyes.
Breathing gently, slowly, as you feel your weight in the chair.
Scan your body with your mind, relaxing, uncrossing, releasing tension.
Imagine you are in a plain white room sitting in a chair.
On the floor you notice a circle is drawn all around the chair, surrounding you.
Rising from the circle are beams of light, encircling you, protecting you.
Surrounded by white light you remain safe and unseen.
Through the white light you notice another chair with its back to you.
Upon that chair sits the person you wish to release, also contained in white light.
Imagine what the tie/s looks like as you consider your connection.
The ties can be a thick as trees or as fine as cotton. Visualise them.
Notice the location the of the ties on your body. They can be anywhere.
Imagine a pair of silver scissors (or whatever tool you need) in your hand.
Use the tool to gently cut the ties.
See the ties fall to dust on the ground.
Notice the person disappear into the white light as the connection dissipates.
Focussing on the white light surrounding you.
Return your awareness to your body on the chair, opening your eyes.

Have something to eat and do a little exercise after deep inner work to ground yourself back into your body. You have expressed your intent to the universe to cut ties with this person, the next challenge is to act like it. If you are able and want to totally remove someone from your life then a little self-discipline may be required to prevent yourself from reattaching. If I had spoken to my ex that day we would likely have reattached emotional ties and reactions. But don't worry if you do lapse into old behaviour, the ceremony can be performed as many times as needed.

What if they Reattach?

Sometimes the source of the tie isn't with us but with the other person. In such cases it is possibly becasue they are still drawing some form of energy from us. A trick I have learned is to go really gently so they don't notice the energy cut off. Rather than dissolving the ties and severing the energy completely, try the following variation of the exercise: 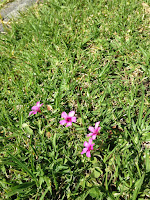 A lot of energy and angst can be transformed when we cut the ties that bind us to the past. A new focus can emerge, empowered by emotional energy now redirected toward meeting our goals in the present. I have cut many ties with this person, but can I cut the last one? I imagine as I re-build my life I will eventually become willing to cut the last tie and move on.