Back to Dimension Zero - Calming the Inner-Creature

- January 20, 2020
I didn't write a book about meditation because I was perfect at it. In fact most of the material I had been writing wasn't about meditation at all but memoir. However, the memoir material was still too emotionally charged for me to face in a rational way. My nervous system, ravaged by Post-Traumatic Stress Disorder (PTSD), was still wired to react to the slightest aggravation.

So as I learned how to rebuild my nervous system from the ground up - using what I knew about human consciousness - the material to structure my first book, The Love of the Universe, emerged. After I finished writing it I realised that I hadn't included enough practical exercises to generate the shifts in consciousness that I was enjoying myself. Somehow I needed to create a more practical, user-friendly version.

Fortunately I had written several guided meditations specifically designed to do the job, enough material to create a second book: Multidimensional Meditation. My intent was to show how easy meditation can be, as well as introduce a set of tools to understand and manage anxiety.

Of course I'm delighted to have published two books. But I'm even more delighted that I have synthesised the right information to help me manage anxiety and re-balance my life when things go awry. These two books have laid some secure inner ground-work that allows me to structure the activities of my life in a balanced way. I've also learned to recognise when I need to withdraw from the stressors of the world - well I've learned to do so earlier anyway.

This is one of those weekends. The stressors had been stacking up for some weeks. Having a Christmas birthday meant that the two weeks I had off from my new job weren't so restful. And the business side of my life had fallen into neglect since starting the new job. It was time to send a quarterly newsletter and make some effort to promote my books.

The world of self-publishing however, can be like shouting into a void - a bit like Twitter! So there was little reward for my efforts. The inner 'stress-dial' wound up a notch. Several other little things happened that I coped with when considered individually, but my stress-dial had wound up a couple more notches and I was having trouble sitting still.

Collective stress currently troubles many Australians, because our country has been on fire for some weeks. The air quality has been keeping most of us inside, anxiously checking the VicEmergency website and watching news broadcasts on TV. Everyone's stress-dial has gone up two notches at least. Cabin-fever is setting in.

Several other events occurred during January that kicked the stress-dial up some more notches, including going back to work after Christmas holidays - and making mistakes! This, for a perfectionist is barely tolerable. But worse - my mistakes had affected others, who reacted by yelling at my boss. Reading the text from my boss pushed me toward meltdown, which means into fight/flight/freeze mode. Fortunately it was the end of my shift, so I fled work and met some friends for lunch. I was in the right place because we were all having a tough day. Steadying myself to listen to my friends helped me to calm my nerves a little.

Back at home I had to work extra hard at mindfulness. The temptation to obsess over the day's work and make all sorts of catastrophic decisions was overwhelmingly tempting. But I just didn't want to let myself go there. Mainly because I didn't want to waste my weekend and there was nothing I could do at that time anyway. I needed to sweep the work week aside and let myself relax.

With such a racing mind I couldn't think my way out of how I was feeling. I needed a system. So for me it comes back to my understanding of human consciousness. Most people have heard of 'ground zero.' Well my system begins with Dimension Zero. I like to call it the 'nesting stage.' When the world has become a bit overwhelming and I need to withdraw from it for a while, I pull my energy back into myself, away from others, from work, from business, even from friends and family if necessary.

PTSD can be a teacher, reminding us that we are still creatures reacting to their environment. Stress is a natural response and the most articulate way for the inner creature to communicate its distress. When creatures are stressed their thinking can be a bit off and their bodily systems a bit wired. It means we can be strung like mouse-traps, ready to go off at the slightest provocation. When a creature feels this way it's time to return to the nest, where a sense of safety can hopefully be restored. 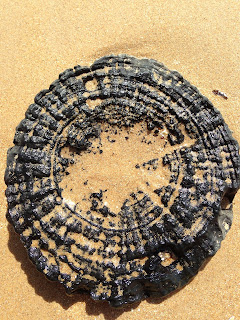 Often the first thing to do upon returning to the nest is to eat something, or do some other physical activity that puts you in the present moment, mindful of your body. This helps you to get out of your head and attune to the physicality of yourself. By performing a basic activity like this you are reaching toward Dimension One, the body and its care. Even just a little light stretching, done mindfully, aware of the breath and the sensations of contracting and releasing muscles is helpful. When you can settle your consciousness back into your body, energy is literally drawn away from over-thinking and focussed wherever you direct it, re-balanced, hopefully dissipated enough for the next primary need of Dimension One - sleep.

Friday night 'nesting' meant resting. I was incredibly relieved when, at only 9pm I yawned. Fabulous! It was time for bed. The day could be over and I could get a new one.

I woke fragile but rested. My emotional strength soon returned after the second coffee. I was still in self-care mode, as Dimension One is a personal one, primarily focussed on ordinary structures and routines like eating and sleeping. I call them 'creature needs;' Basic activities that assist with re-building physical strength and grounding, like going for walks and other daily personal routines.

At basic dimensions of human consciousness we are just like our babies and our pets. Like them, we can draw a sense of security from the enduring nature of routine and structure. My routine on a Saturday is to attend to my blog. Although I had already given myself permission to skip it this weekend, as I opened the computer to 'write some notes for the next blog post,' I felt immediately soothed by the familiarity of this much reinforced ritual.

The emotional and mental realms of Dimensions Two and Three have been calmed by simply focusing on simpler levels of my being. I declined social invitations and delayed larger projects because I know that I need to avoid adding any more energy in the form of drama, excitement and socialising. I've learned that the best way to 'ground' overstimulated energy at higher dimensions, is to utilise or direct energy toward the lower dimensions, that is: Dimension One, the body and Dimension Zero, the nest.

Basically, I've learned that reaching toward self-mastery isn't about getting everything perfect and being happy all  the time. It's about paying attention and learning to recognise the signs of imbalance, then knowing how to apply and withdraw action to correct it. Personally, for the most part it's been about learning how to recognise the signs of burnout and limit or withdraw my energy, holding it disciplined, rested, contained; so that when the right time comes, and only when the right time comes, energy can be released in a focussed and purposeful way.

I believe the reactive creature can become the responsive creator-being. Our first work of art is ourselves. Creating the most functional creator-being we can, so that our creations will come from a sense of purpose, wisdom, consequential awareness and loving consideration of humanity and its continued evolution. It means we heal the wounds before our wounds wound the world. We become mindful of ourselves.