A Template for SpellCrafting

- September 17, 2017
The accomplishment of some of my life goals require what I call 'Big Magick.'

Big Magick happens when energy is raised and condensed, within an energetic circle around a specific workspace. Into this circle are invoked the powers of the elements of nature and other relevant spirits to assist the direction of human focus into a single point or goal.

There is always a part of me that feels reluctant to share my spell crafting knowledge in case it is used for unethical reasons. The natural laws of cause and effect, also known as karma and as the three-fold-law requires us to use our majickal skills in a way that causes no harm and does not interfere with the free-will of others. Some spell crafters believe in a ten-fold law which dictates that the spirit or intent of whatever we do comes back to us multiplied by ten. Such musings aside, if you are learning about majick from me, know that it is all dedicated to the life-affirming energy of the Universe. After defining the intent of your spell, which means the goal you wish to achieve, ask yourself this: Could any harm come to person or planet, creature or creation, with this spell?

After your intent has been clearly identified and you have judged it as ethical, write your goal down on a small piece of paper in as few words as possible to keep it clear, concise and positive. Make it into a small two line rhyme if you like to raise energy by chanting the words out loud.

For example "Make my purpose clear, with good guidance I can hear."

By positive I mean, only use the words representing what you actually want. The words hold the power to describe your intent so make sure you only mention what you actually want. Avoid using words representing what you don't want. For example, if I write the same spell in negative language it might read "Clear my confusion and remove my fear." This might seem at first to be a positive spell, but if you focus on the words used as being a recipe, by using this spell you are actually 'ordering' confusion and fear. Better to order what you want from life's menu, in the case of our positive example, we are ordering clear purpose and good guidance.

Gather everything you need to perform your spell/ritual. This means any special crystals or other majickal objects you might like to use. Some spell crafters don't use any tools, instead preferring to work entirely in their imagination. I often work this way, but sometimes I like to bring it all on with a symbol of each element and a Witches Knife known as an Athame for casting circle.

For each element I might use the following symbols: Earth, a crystal. Air, some incense. Fire, a candle. Water, a glass of water. These are placed either on my altar or around the room, corresponding to their direction in space (see 3. Calling in the elements). Prepare your goal or intent with consideration to ethics in the previous paragraph.

Make sure your ritual space is clear and contains only what is relevant to your spell. It's like wiping the bench before cooking. Traditionally Witches would perform a ritual bathe prior to any ritual. These days most of us have access to a daily shower so a simple hand washing will do. Next, prepare the ritual space.

Traditionally the circle or ritual space will be swept or smudged with incense or both. Another easy method I like to use is to invoke the power of sound; Clapping of the hands or the shaking of a bell or small plastic container filled with rice can help to clear a space for majick. With your cleansing tool (incense or clapping hands etc.) walk around the perimeter of your majickal space in a clockwise direction if you are situated in the southern hemisphere (anti-clockwise if you are situated in the northern hemisphere). Your space is clear when you feel focussed on your task and free of distraction and interruptions.

3. Calling in the Elements

This is when we pull out our wands, crystal or otherwise. We might even use a knife or in the case of bellydancers such as myself, a sword (see pic). The idea is to draw an imaginary or energetic line around your ritual space to set it apart from the ordinary world and provide a container in which to build up majickal charge (see 6. Raising Energy). The tool I use most often is my own pointed finger. It's easy, portable and a great condenser and director of energy. Draw your line anti-clockwise if you are situated in the southern hemisphere (Clockwise for the northern hemisphere).

The basic elements are directed and shaped by spirit. There are various types of spirit a spell crafter might call into their circle to assist them. Many spell crafters study archetypal images related to religion and myth. They can then utilise the spirit of these characters to enhance their intent. For example the Moon Goddess Hecate might be called in to protection rituals. The Archangel Michael might be called into healing rituals. Aphrodite might be called in for love spells of the romantic kind. Personally, the spirit I call in the most is my own higher self. I feel that my own higher self is a more personal version of a spirit guide better suited to guiding me in my personal life. I have and do invoke other spirits, but I am aware than each spirit has it's own strengths and weaknesses, even those that are god-like. Call in these powerful energies with discernment, asking for the qualities you desire. For example: "Hecate, I call upon your powers of protection to bless this circle." 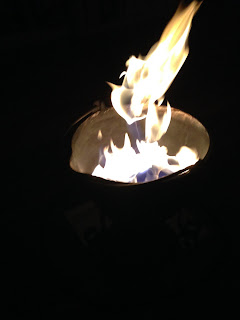 This is the fun stuff, the part where traditional Witches are seen yelling and whooping as they dance around their fiery cauldron. They are simply raising energy with movement and voice. There are many ways to raise energy; Noise, movement, chanting, singing and dancing are all great ways to raise energy. Emotions emit powerful energies that can empower your spell crafting. A chant spoken over and over, empowered with emotion is a sure way to raise energy that is clearly dedicated to your goal or intent. When you feel the energy peak (this takes a little experience to master), release it with the words "And so it is." or whatever you like to say to release the energy toward your intent. I like to say "With love I will, so mote it be," while pointing my finger or wand toward the sky.

Rest in the energy for as long as you feel you need to. You might receive an intuitive hunch or message from your spirit guide or other deity as you sit in circle between the worlds and beneath the veil. At this time you might like to safely burn any spells you have written on paper (That's why it's best to use a small piece).

When the energy starts to wane (you get restless or bored), thank your spirit guides for blessing your circle and bid them farewell. Their energy has been infused into the recipe of your intent. You can release their presence back into the Universe. Thank the elements for blessing your circle and pack up any associated symbols such as candles and incense. Undo the circle by walking back around in reverse. (Clockwise for southern folk and anti-clockwise for northern) Your majickal intent has now been released into the world.

You might be buzzing with energy at this point. If so it's a good idea to sit on the floor with something to eat and drink. Traditional Witches enjoy cakes and ale at this point, which is just a witchy way of saying, 'a snack and a drink'.  When Witches perform group rituals a cup and plate might be blessed and shared around the circle along with a kiss on the cheek.

The yoga pose child's pose is excellent for grounding after majickal work. After that, forget about your spell. Let it go to do its work and most importantly - act as if your wish has already been granted. Do the majick and then live your life like it has already happened.

Again, be sure your majick is ethical, dedicated to the good of all. Not only because of what might happen to you, but because of your effect on the world, a world in which you live in symbiotic connection. What we do to the world, we do to ourselves.
Find out more about ethical manifestation and invoking the power of love on earth, here.