Does the Rise of Individualism Kill Love?

- January 04, 2019
Individualism is trending. Baby-boomers can often be heard commenting on how selfish and entitled young people have become. They are noticing a shift in consciousness that is different to the post-war era. A changing paradigm is emerging in the human zeitgeist, given a range of names with various connotations: 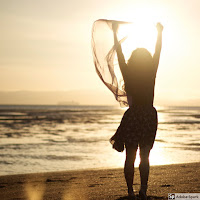 Whatever you call it, the rise of individualism is changing how people see themselves positioned in the world. People are realising that they are important.

But does that make people 'self-important?' Does all this self-love make people less inclined toward loving action for the benefit of others? Are younger generations really becoming more selfish?

Young people are actually becoming more socially aware. This week an article was posted on social media about a young boy from Ohio:

Mikah Frye, 9 years old, sold his Xbox to buy blankets for the homeless. Earlier in his young life he had received help from a homeless shelter. He remembers the comfort and warmth of a blanket, but he also recalls the moment he had to give the blanket back each morning. Later and in more favourable times, Mikah - empathising with other homeless people -  felt compelled to help. By understanding what he needed himself, as an individual, he was able to see what others might need as well.

The article about Mikah Frye has received so much traction that it has been circulating since 2017. There are plenty of examples available of young people doing good things for the world. Anyone with internet access can also access the opportunity to grow more empathic and understanding of people and planet.

This means that, when our metaphorical cups run over, the wealth spills out for others.


People Still Want to Partner Up Too!

Although single households are on the rise, we are still partnering up and even marrying! According to Relationships Australia, the vast majority of us have a close relationship with a partner, friend or family member. Over half of us are still choosing to live with an intimate partner. The number of people with a non-live in partner is also increasing. Lots of us are loving our 'besties,' with Relationships Australia reporting that 80% of Australians identify as having a close/best friend or sibling.

Whether we are happily single, hanging with besties or hooking up with a partner, our loving energy expands beyond ourselves. It transcends the personal, familial and tribal. We now recognise ourselves as part of a Word Wide Web, all interconnected. We always were, but now it's obvious! This creates a powerful unity that can elevate the human race toward increasingly humanistic ideals. Whatever we feel part of and grateful for, we will feel compelled to love, preserve and protect.


When people love the world, they want to do good things for the world.

It seems that most people are actively working to find the best in the world and to be their best, even if only to be good 'at something.' People generally want to contribute to building a good world - not just for themselves - but for everyone. Google created this video, noting that in 2018 the most popular searches were about 'good things' and how we can be better people. The essence of the message is that people want to be the change they wish to see in the world.

Generally speaking, people are becoming more altruistic, more environmentally aware and more compassionate. So, rather than our growing sense of self-worth having a diminishing effect on our morals, gradually, we are coming together in unity to create a more loving world that is more considerate of everyone.

💚 Check out this moving blog post '25 Reasons to Love the World We Live In.'

The Ego is Not a Dirty Word

The Antidote to Terror is Love
empowerment Love planetary development